We have years of experience caring for families from all walks of life, cultures and faiths. Our unsurpassed staff and our family provide kind, caring, professional service. Each family comes to us because they know we are leaders in our profession who are dedicated to excellence in service, adhere to the highest funeral industry standards, and have exceptional integrity. We consistently earn phenomenally high customer satisfaction survey results.

Our licensed, professional staff is here for you 24 hours a day, 7 days a week. Please call 203-933-1217 anytime. We will even come to you to make arrangements in the comfort of your home.

Prompt, compassionate service is always just a phone call away, where and when you need it. 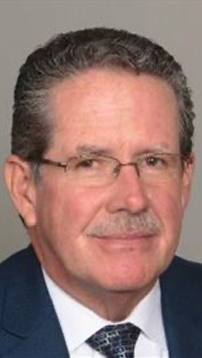 Philip Malley Appell, Sr. is a native of Old Saybrook, Connecticut and is a graduate of Old Saybrook High School. His family have been members of the North Branford Community since the American Revolution. He is a proud veteran of the United States Army. Upon his discharge from the service, Phil graduated from the San Francisco College of Mortuary Science. After his return from college, he started a long association with Swan Funeral Home, located in Old Saybrook, Madison, and Clinton. Phil was promoted to Manager in 1995 and General Manager in 1998. He was responsible for five funeral homes and a crematory. After 36 years of service and many corporate changes, Phil left to join the Keenan Funeral Home in North Branford and West Haven as the Managing Partner. Phil is the father of four children, Phil and his wife Becca of Bristol and Spencer, Emily, and Elisabeth of Middletown. His two daughters attend Mercy High School in Middletown, and his younger son attends UConn. Phil is an avid movie memorabilia collector and is especially fond of John Wayne. Phil looks forward to serving and working with families in the community. 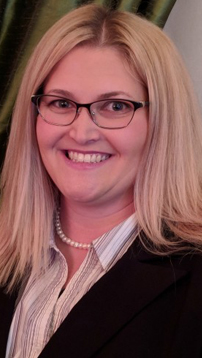 Jodie grew up in Farmington, Connecticut and graduated from Farmington High School in 1999. She then attended Eastern Connecticut State University in Windham, Connecticut where she earned her B.A. in Biology in 2005. After graduating, Jodie worked as a Certified Veterinary Technician for 15 years.  Having had a great uncle who was a Funeral Director, Jodie always had an interest in funeral service. This drove her to further her education and attend Lincoln College of New England, where she graduated Summa Cum Laude and earned her A.A.S degree in Mortuary Science in May 2017.  During her time at Lincoln College of New England, Jodie was on the President's list every semester for maintaining a GPA above 3.8, was President of the school’s chapter of the Phi Theta Kappa Honor Society, and President of the college’s Mortuary Science Club. After graduating from Lincoln College, Jodie completed a 1 year apprenticeship at D’esopo Funeral Chapel in Wethersfield, Connecticut and earned the credential of Licensed Funeral Director and Embalmer on October 12, 2018.  She began her career as a Licensed Funeral Director at Keenan Funeral Home in December 2018 and is excited to serve the West Haven and North Branford communities. Jodie is a state approved practical examiner for the Connecticut Board of Examiners of Embalmers and Funeral Directors.  She is a member of CANA (Cremation Association of North America) and is a Certified Crematory Operator, the CFDA (Connecticut Funeral Director's Association), the NFDA (National Funeral Director's Association), and The Academy of Professional Funeral Service Practice.  She is currently working toward the distinction of Certified Funeral Service Practitioner (CFSP). Jodie also speaks some Spanish and is studying to become fluent in the language.  In her spare time she can be found beach combing in Newport, Rhode Island, or cuddling with her furry best friend, her cat "Grey". 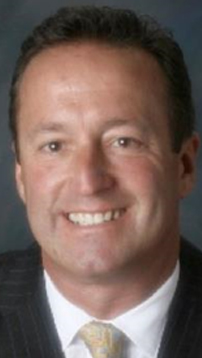 Jamie joined our team with a focus on helping families navigate some of life's most difficult challenges.  For the past 22 years, Jamie has provided information and guidance and has assisted thousand of families in protecting and keeping what they have earned. He also is a frequent guest speaker at various community seminars and workshops discussing topics such as funeral planning, Medicaid, and Veterans Pension Benefits.

Andrea has extensive background in Bookkeeping, Accounting and Administrative functions.  She has been a member of The Northford Women's Club GFWC CT for over 24 years.  She has also served on the board of the General Federation of Women's Clubs of Connecticut Inc. and currently volunteers as the recording secretary for Stevens Woods Senior Housing. Andrea lives in the New Haven area with her husband of 28 years and two children.

“Tony” was raised in Ansonia, Connecticut and moved to New Haven when he married his wife Betty.  He is a graduate of Ansonia High School.  Tony spent many years in the retail furniture and appliance industry.  Most recently he was a concierge and security officer for local office buildings.  Tony is married to his wife Betty and has two sons and three grandsons.

Charlie has been a West Haven resident since the mid 1950’s.  He is a United States Army Veteran, who has been involved in city politics supported the West Haven Animal Shelter and W.H.E.A.T.  He volunteers at A.S.D. and his motto is “Treat people with kindness, because behind every face is a story that could use a little more love.”

Elisa was born and raised in the New Haven area.  She attended St. Mary’s High School and graduated from Albertus Magnus College. She has worked for a law office for the last 24 years serving the Hispanic community as an Interpreter.  She lives with her husband Mark, daughters Marisa and Cecelia and her Rottweiler Titus.

Nancy grew up and currently lives in West Haven with her husband Jim and son Matthew.  She has been a professional Cosmetologist since 1986, and partner of Hair Forever Hair Salon in Milford since 1992.  She began styling hair for local funeral homes ten years ago which brought about her interest in pursuing other avenues of the funeral home business.  The opportunity to work with families, attention to detail during their time of grief and making sure everyone is satisfied is very rewarding.  She enjoys spending time with her family and friends. 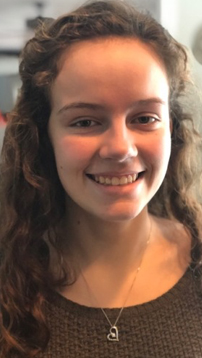 Emily is a Junior at Mercy High School in Middletown, Connecticut.  She plays the clarinet for the school band and is also on the Mercy Softball Team. 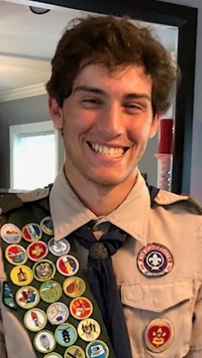 Spencer is a 2018 graduate of Xavier High School in MIddletown, Connecticut.  He currently attends UConn in Storrs, majoring in Finance and plays trombone in the Marching band.

You are welcome to call us any time of the day, any day of the week, for immediate assistance. Or, visit our funeral home in person at your convenience.