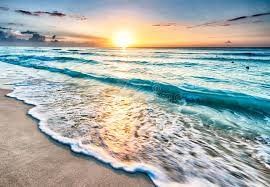 William Edward LaFrance, age 77, of North Branford passed away peacefully at his home on Tuesday April 5, 2022.  He was born in West Haven, CT on July 13, 1944 to the late William and Doris LaFrance.

He was a loving husband to Barbara Ann LaFrance for 54 years.  He served in the United States Navy on the USS Charles S. Sperry out of Newport RI.  After suffering an injury during his service he excelled as a salesman for NCR and Data Systems before opening his own company, Coastal Business Products, Inc.

Bill found joy spending quality time with friends and family.  He took many family trips to Disney, valued catching up with friends at the Elks lodge and enjoyed visits to the casino.  He was a 3rd Degree Knight of the Knights of Columbus and Honorary member of the Branford Elks.

His family and friends will always remember him for his strength, bravery, humor and unending devotion to his family.

In lieu of flowers, friends may make contributions to Veterans Hospital in West Haven and Connecticut Hospice in Branford.

To send sympathy gifts to the family or plant a tree in memory of William Edward LaFrance, please visit our tribute store.