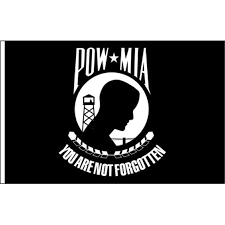 Wallace Malley Appell, age 97 of Old Saybrook, passed away peacefully surrounded by his family on Saturday, September 7, 2019 at Gladeview Health Care in Old Saybrook.  He was the beloved husband of the late Doris (Daniels) Appell.  He was born in North Branford on March 27, 1922 to the late Harold and Martha (Molyneux) Appell.

Wally was a WWII Veteran, serving in the United States Army.  In 1944, he was shot down in a glider on a mission called Operation Market Garden.  The plane and the glider crashed in Holland, and he became a German Prisoner of War for 9 months to the end of the war.  When Wally arrived home from the war, he ran and operated Wally’s Sunoco until the late 70`s and for a few years he ran Phillips 66. Then for over 20 years he worked for the Baldoni`s Brothers Ford Garage in Old Saybrook.  In his later years, you could see Wally mowing the lawns at Swan Funeral Homes for over 15 years.  He was devoted to his family and his country.

The Appell family would like to thank Gladeview Health Care for their compassion and wonderful care of our dad.

Family and friends may visit the Swan Funeral Home, 1224 Boston Post Rd, Old Saybrook on Thursday September 12th from 5 p.m. to 7 p.m, under the direction of Keenan Funeral Home in North Branford.  A  graveside service will be held Friday at 11 a.m. at Riverside Cemetery in Old Saybrook with full military honors.

In Lieu of flowers memorial contributions may be made to the VFW, 315 Essex Road, Old Saybrook, CT 06475.