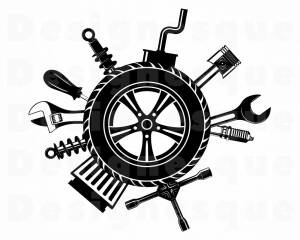 Richard Bishop Foote, 90, of North Branford, CT peacefully passed away on January 2, 2022 following a brief admission to Connecticut Hospice in Branford.  He was born on August 14, 1931 to the late Ellsworth and Ruth (Magill) Foote of North Branford.

From a young age, Richard had a passion for mechanics. Using only his enthusiasm and curiosity, he became so accomplished that he was regarded as a master mechanic.  He was often called upon by others to troubleshoot and repair all things mechanical such as cars, boats and appliances. Richard’s career began as a welder at New Haven Trap Rock.  He spent the last 30 years of his career as an integral part of Bishop's Apple Orchards operations. He was so revered by his colleagues he was dubbed “mechanic extraordinaire” at his retirement at the age of 80.

He had a special relationship with his dog, Jack, which brought him a lot of comfort and joy. A car enthusiast, Richard loved his rides along the shoreline.

There will be a graveside service in the spring at Bare Plain Cemetery in North Branford.  The family is grateful to all who helped Richard in his final illness.  In lieu of flowers, please spread kindness in remembrance of Richard.

To send flowers to the family or plant a tree in memory of Richard B. Foote, please visit our floral store.

You can still show your support by sending flowers directly to the family, or by planting a memorial tree in the memory of Richard B. Foote
Share a memory
© 2022 Keenan Funeral Home. All Rights Reserved. | Terms of Service | Privacy Policy