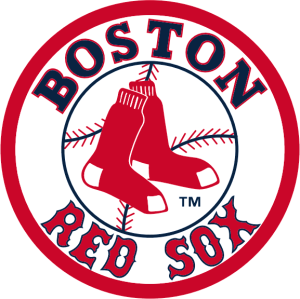 Bryan was raised in The Meadowbrook Housing Complex, and attended West Haven Public Schools Molloy, Pagels, and  Bailey, and went on to graduate West Haven High in 1995. Bryan blew his horn in the high school band playing the trumpet, and played football.  When he realized that wasn't his thing he went on to play street hockey which was a better fit.  He was serious about being a goalie, and making sure nobody scored on his watch.

At the age of 14, Bryan became a young uncle. He gained a nephew and a niece 5 weeks apart, and by the age of 22 he had became an uncle of 5.  He was dedicated to help raising them.

Bryan was a phenomenal son, brother, uncle, and godfather. If anyone was in need of anything, he made sure he was there to lend his generous hand. He exemplified what it meant to be a giver, and his loyalty goes beyond what some of us can comprehend.

Around age 30, Bryan was introduced to bowling by his Nana. He joined a competitive league, and and stayed with the sport for 15 years. This became one of his new favorite hobbies.  He bowled a 300 game on more than one occasion. The very first 300 game, he gave his championship ring to Nana. She was excited to see he was having fun and stayed consistent. He aimed to win.

Soon after, Bryan got into a paintball league. Not only was he in the league, he also assisted in a paintball shop in Milford. Playing with those guns is when I think he started to become trigger happy.  Bryan excelled in everything he tried.  He was outdoor adventurous guy, and a really good left handed artist. Camping with friends had become an annual adventure, along with having season passes to Six Flags, basketball games, Red Sox games, of course hockey games, and going to Big E on opening day.

Bryan had a Rainbow Coalition of friends.

He never stayed in a box, and wasn't afraid to try new things. There was never a dull moment with him, and he knew how to get a party started.  He was a happy soul who brightened a room wherever he went. You had no choice but to match his energy. His infectious laugh echoed throughout a room. He was always on the dance floor, and was definitely the life of the party. Bryan chose LOVE over HATE.

His latest accomplishment was working at his place of employment for 21 years, Assa Abloy. He now inherited a workplace family.

The loss of this extraordinary soul will be sorely missed.

To send flowers to the family or plant a tree in memory of Bryan Dedmond, please visit our floral store.

Video is available for this event