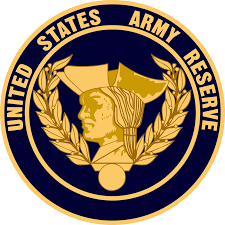 Angelo Blase Nista, 79, passed away peacefully at his home on October 15, 2020.  He was born in New Haven, Connecticut on February 3, 1941. He was the son of late Joseph and Malfalda (Vastola) Nista. He was predeceased by the love of his life, Alexine. He was a proud graduate of Hamden High School in 1958 and then went onto receive his Bachelor’s Degree in Pharmacy from the Philadelphia College of Pharmacy and Science (University of the Sciences) in 1962.  After college, Angelo went onto be a Pharmacist and eventually owned and operated the Thru-Way Pharmacy in West Haven until 1995.  He then worked as a pharmacist at Stop & Shop, and ShopRite, until his retirement in 2005. During his pharmacy career, Angelo also served as past president of the New Haven Pharmaceutical Association.

He served his country by joining the Army Reserves in 1964. He was also an active parishioner of Our Lady of Victory Parish having served as an adult alter server before becoming a CCD Teacher and a regular at Sunday Services.  Angelo leaves behind a daughter, Angela, and her husband, Kevin McNabola, as well as two beloved grandchildren Caroline and John McNabola. (Johnny Mac) all of Orange, CT. He also survived a brother Ralph (Carol) Nista of New Haven, and sister Michaelina (Micki) (John) Panaroni of West Haven, a brother-in-law Tony (Carol) Vollano and sister-in-law Joellen (Fred) Nellums. Angelo also leaves cherished nieces, nephews, cousins, extended family and friends. He will also be terribly missed by his “girls” and rescue laborador retrievers, Karlee and Kaymin, and cockatiel birds Ash and Mac.  Anyone who knew Angelo and Alexine, knew how much they loved all their dogs through the years and how they were treated just like their own children.

Angelo had many passions in life that he always gave one hundred percent. He was an avid runner having completed the Boston, Philadelphia and New York Marathons, to mention a few. He was an avid train collector and fisherman and had a huge passion for sports and was a life-time New York Yankees fan. We will miss him doing his Sunday morning pics for the football games with his grandson. He will be missed at his quarterly gatherings of his class mates from the 1954 graduating class of Margaret O’Keefe elementary school.  He will be missed at the Zuppardi get togethers with former running mates. And most of all, his kindness and generosity will be missed by all who knew him. Even towards the end, his greatest passion of all was his grandchildren Caroline & Johnny Mac where he would take any opportunity to brag about their hockey, baseball and school successes.

The family would like to take the opportunity to thank his numerous friends from the church, bereavement group and neighbors for their support during his illness.  We also want to thank his caretakers, nurses and therapists from Kindred at Home and ElderCare Services.  You never gave up on him, not even when he was having his worst days and we are forever grateful.

In lieu of flowers, donations may be made in his memory to the St. Ann’s Soup Kitchen, 930 Dixwell Ave, Hamden, CT 06514, just one of the many, many organizations Angelo supported.

To send flowers to the family or plant a tree in memory of Angelo Blase Nista, please visit our floral store.